AMOC is an interactive data sculpture about the future of the gulf stream due to climate change. Like many ecosystems on Earth the gulf stream is affected, even be threatened, by global warming. The data sculpture is an interactive infographic using project mapping and triggered animation to visualize the connection between global warming and this ocean current.

The gulf stream is a powerful current in the Atlantic Ocean. Starting at the Gulf of Mexico it flows into the Atlantic at the tip of Florida where it splits in two streams crossing to Northern Europe and recirculating off West Africa. The powerful system is powered by gigantic circulation areas, such as the AMOC (Atlantic meridional overturning circulation),  and influences the climate of the east coast of North America and the west coast of Europe. 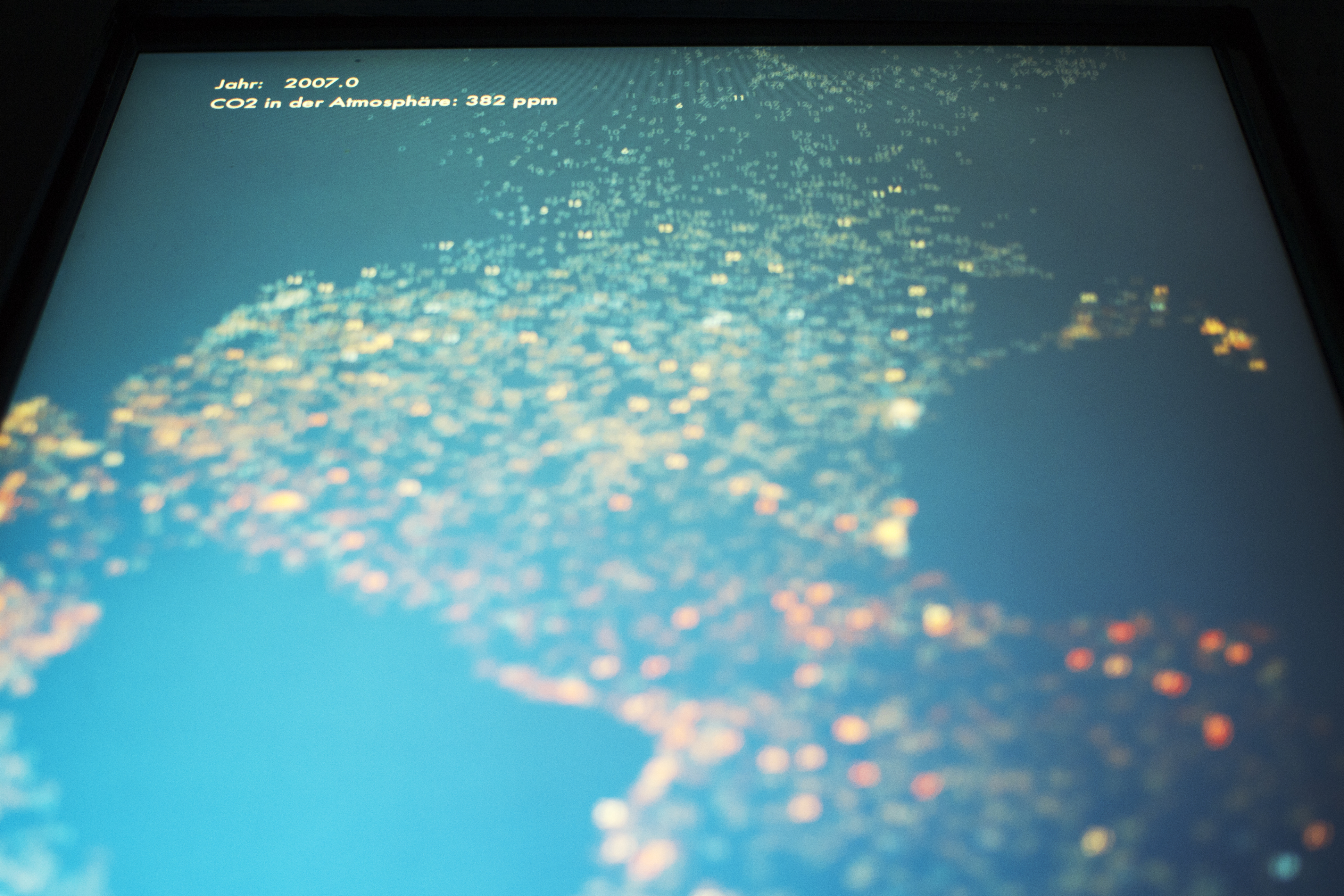 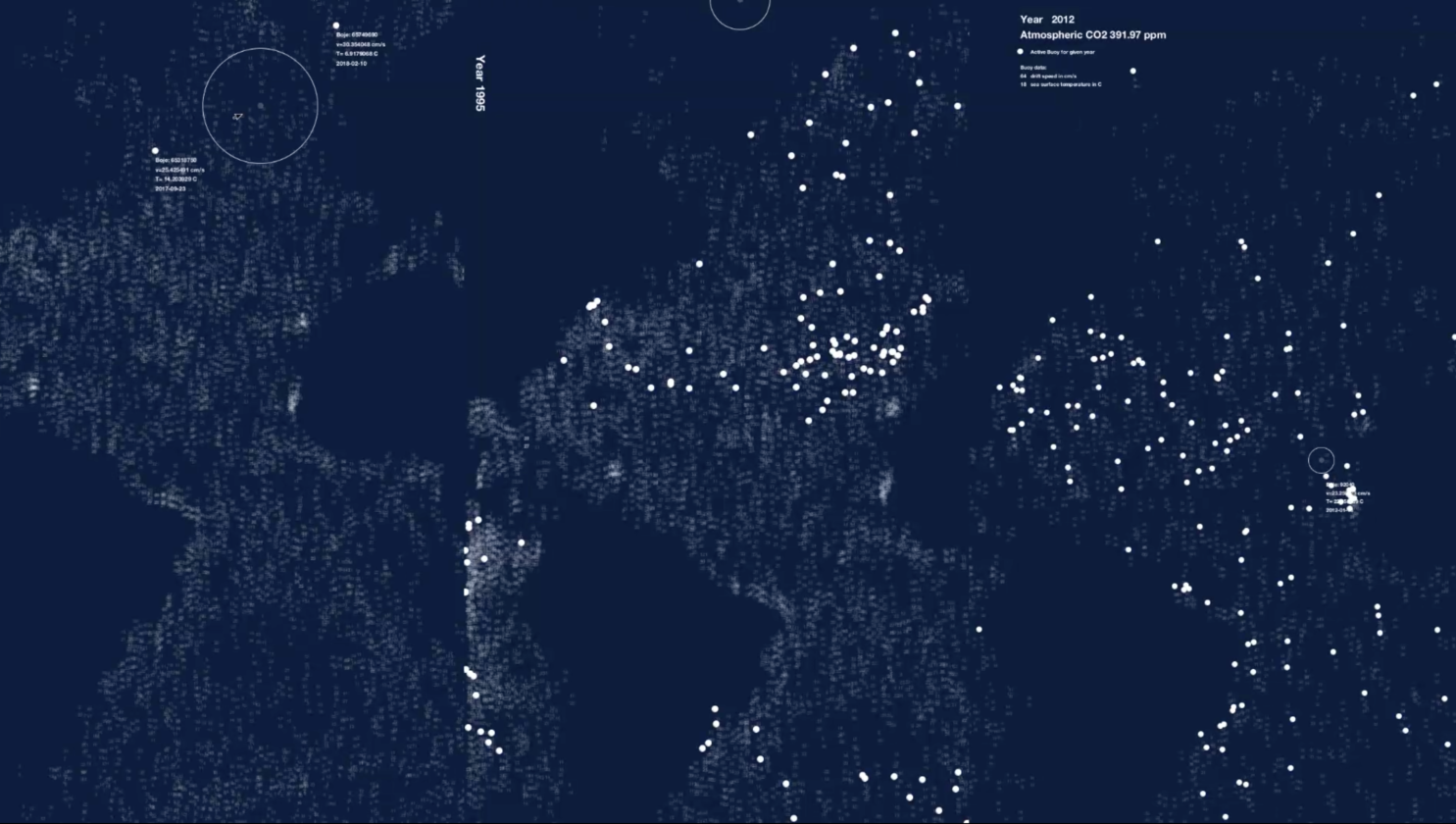 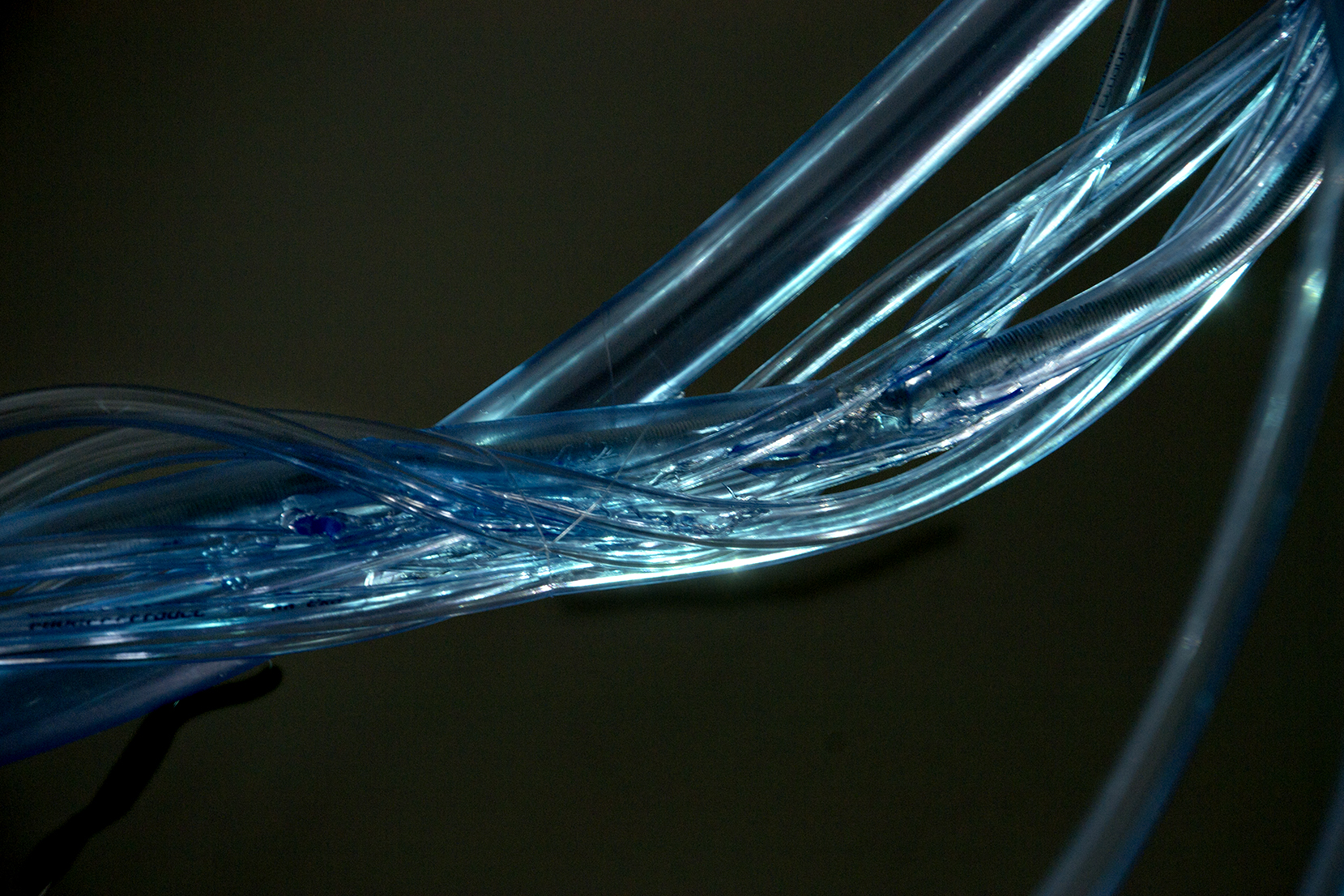 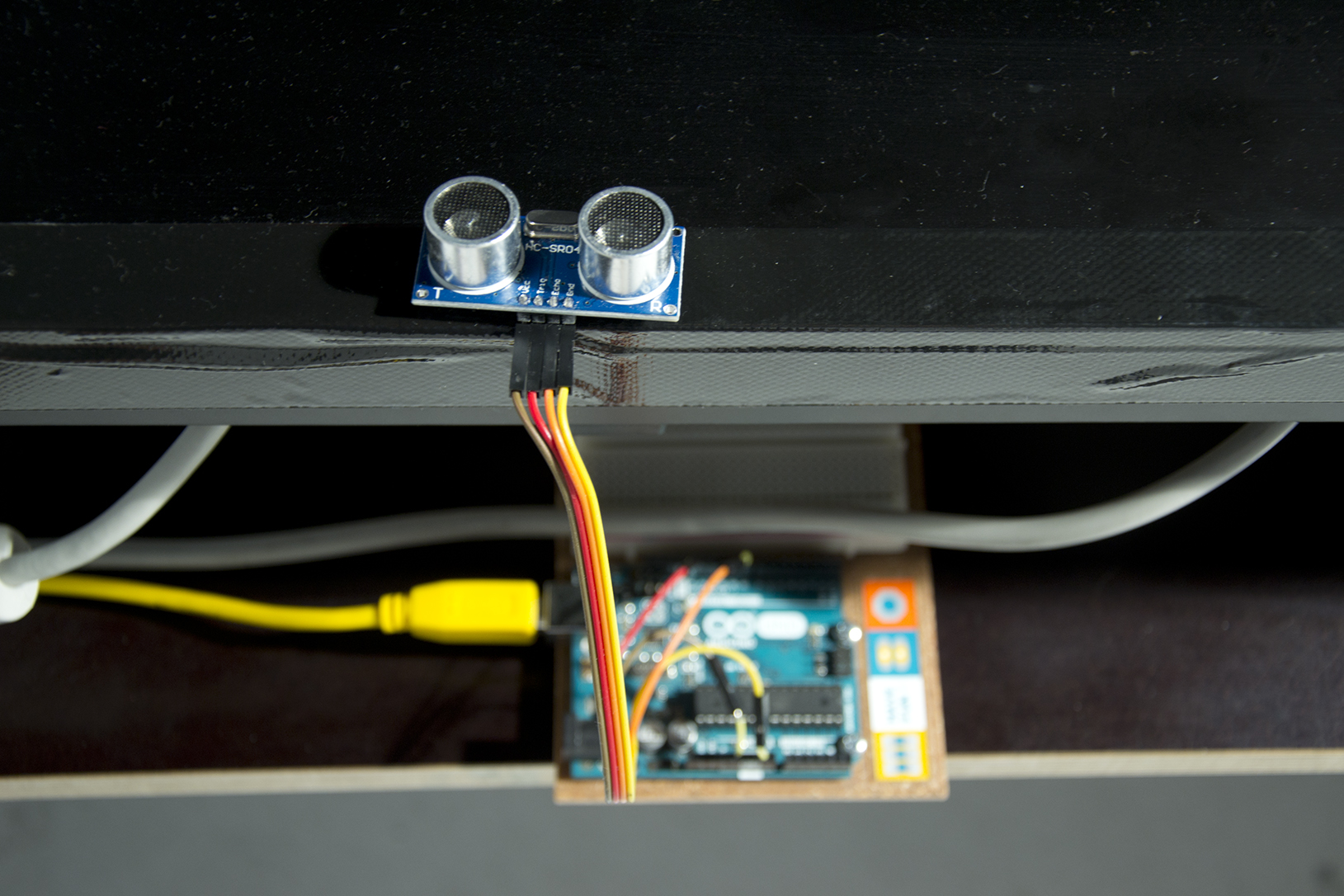 Objective:
Create an emotional connection with the ecosystem and inform the observer about consequences of climate change via real-time data visualization of relevant scientific measurements.

Storyline & Interaction:
The observers as representative of anthropologic climate change.  A sensor tracks his/her interaction with the sculpture and triggers an animation that explains the presented data, the state of the gulf stream and eventually the consequences of its slow down: a cooler climate in Europe.